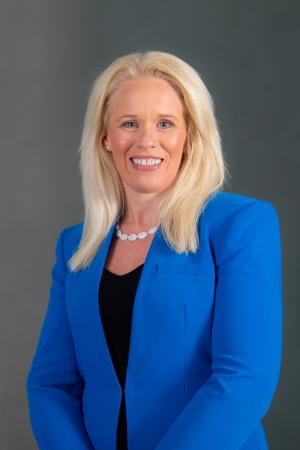 Dorinnia graduated from Queen’s University Belfast with a degree in Law, with Politics. Dorinnia is a Chartered Accountant who trained and worked in “Big 4” private sector accountancy firms in London and Belfast, before moving into public sector audit, joining the Northern Ireland Audit Office (NIAO) and gaining experience auditing a wide range of public bodies in Northern Ireland.

Over the course of 11 years, Dorinnia held a number of positions in the NIAO including Financial Audit Director and Director of Corporate Services. In this position she was the Technical Director providing technical audit advice to the C&AG and the Local Government Auditor and represented the NIAO on the Public Audit Forum with colleagues from the audit offices in England, Wales and Scotland.

Following the review of public administration, Dorinnia moved into local government as Director of Corporate Services at Newry Mourne and Down District Council in 2016. She was the senior financial officer within the Council, and was also responsible for a wide range of corporate services including audit, human resources, legal and compliance, communications and marketing, and capital projects. She was responsible for the Audit Committee of Council and the Strategy Policy and Resources Committee. Dorinnia was Acting Chief Executive of the Council from February 2022 until she took up the post of C&AG.

Dorinnia also holds a number of voluntary roles in the public sector as well as the voluntary and community sector.